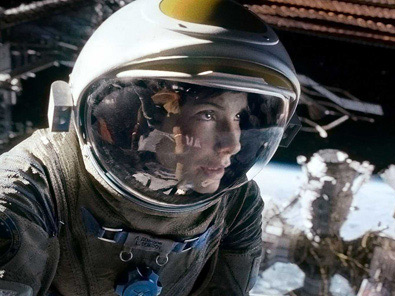 2001: A SPACE ODYSSEY and SOLARIS redefined modern cinematic Science Fiction, and their influence is as strong as ever.

The first decades of the 21st century are full of such films, helping to launch the phenomenal success of GRAVITY. 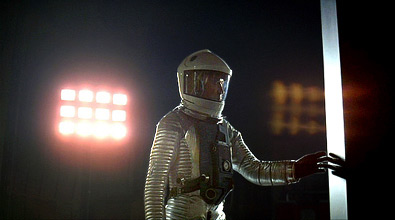 Early Golden Age sci-fi was rollicking space opera, from John Carter to the Gray Lensman. But in the Silver Age '50s and New Wave '60s, the challenges of modernity made sci-fi more reflective and philosophical.

The practical lessons learned in the first space flights (weight, design, expense, safety) ran parallel with the spiritual turmoil of the Space Age (humanism, politics, wars, existentialism). All of our dreams of the future now lay in a fragile space between hope and heartbreak.

Of course, from Odysseus to Robinson Crusoe>, all travel tales had explored the sea and the self; asking, what was our place in the natural world, and the natural order? But speculative writers of the rocket era expanded this to its widest, deepest possible range; what are we really, and what is our place in the universe? 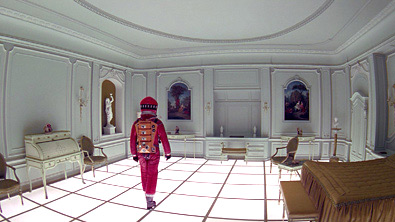 2001: A SPACE ODYSSEY (1968), by Stanley Kubrick and Arthur C. Clarke, legitimized science fiction in the world mainstream by crafting speculative fiction into fine art; asking, our tools have led us to progress, but are we too flawed as a fledgling race to take our place in the cosmos?

SOLARIS (1972), Andrei Tarkovsky's adaption of Stanislaw Lem's book, explored the spiritual gulf between revelation and ruin; will we actually fail at comprehending the abstracts in alien life and in our own minds?

STAR WARS (1977) brought Golden Age fun back, and greenlit decades of action spectacles instead. (In truth, STAR WARS is subversively as deep as 2001 and SOLARIS, but with more swing.) But in recent years, film students and cinephiles are bringing back the elements of 2001: A SPACE ODYSSEY and SOLARIS: spaceflight procedurals, vérité practicality, desert landscapes, Ron Cobb set designs and Trumball miniatures and Moebius messiness, along with social critique, solipsism and alienation, and the bold struggle between fruition and ruin.

Here's a shortlist of recent films, and then short films, that reflect the influence of 2001 and SOLARIS.

3- Now It's Time To Leave the Capsule
If You Dare

Have substance, will travel.
Independent creators are countering the CG spectacles with bigger ideas on smaller budgets.


(Note: these are existential explorer/cosmic fruition films in the stylistic mode of 2001 and SOLARIS, as distinguished from general explorer/survival films like ROBINSON CRUSOE ON MARS or ENEMY MINE. Some listed are both, but the imprint of the former is too clear to disqualify them.) 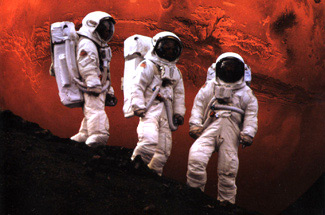 STRANDED (2001)
A Spanish production, with some wooden acting but interesting ideas, about astronauts marooned on Mars; from star/director María Lidón, with Vincent Gallo.

SOLARIS (2002)
A streamlined remake by Steven Soderbergh, with George Clooney. 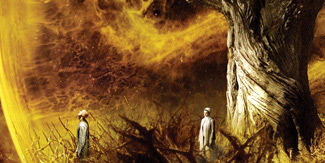 THE FOUNTAIN (2006)
Darren Aronofsky's subjective meditation on One Life vs. All Life, with Hugh Jackman.

UP IN THE AIR (2009)
Jason Reitman's indie comedy has an ambitious sequence, where George Clooney dreams of his alienation by drifting through Las Vegas in a spacesuit, that was unfortunately cut for time. 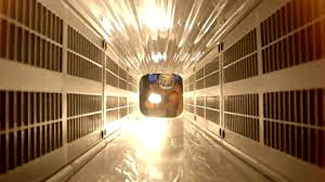 LOVE (2011)
A crowdfunded, impressionistic indie about the last man floating in his tin can far above the world.

THE EUROPA REPORT (2012)
As a sly riff on 2010: ODYSSEY TWO, this stunningly realized indie uses found footage to tell an ill-starred trip to Jupiter's moon, Europa. 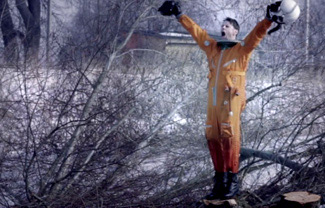 THE COSMONAUT (2013)
A crowdfunded abstract indie about a lone cosmonaut roaming the world but cut off from everyone.

GRAVITY (2012)
The astronaut at the mercy of space and spirit becomes a worldwide smash, a rousing cinematic triumph, and a moving soul fable. By Alfonso Cauron, starring Sandra Bullock and the ubiquitous George Clooney. 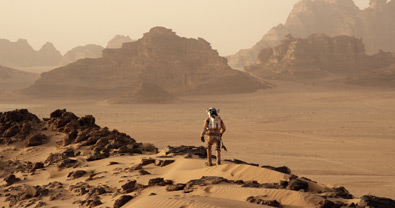 THE MARTIAN (2015)
On the heels of PROMETHEUS, Ridley Scott adapts Andy Weir's 2011 bestseller about the man left behind on Mars, starring Matt Damon.

* Though not Lonely Astronaut films specifically, these recent films also implicitly reference the themes, scope, and style of 2001:

2- And I Think My Spaceship Knows
Which Way To Go

The Lonely Astronaut also wanders through a landscape of recent short films.

"Reveille" (2012)
(A film by Grant Howard based on ANDREW OSENGA's concept album,"Leonard The Lonely Astronaut".)

And, as an extra on the GRAVITY dvd, a short film showing the other side of a conversation. 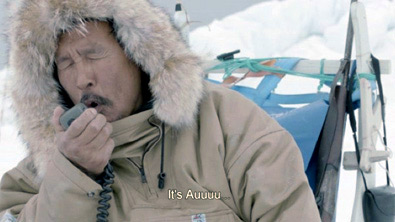 That's a photo, the short is a bonus feature on the GRAVITY disc.

1- Can You Hear Me, Major Tom?
A LONELY ASTRONAUT Music Playlist

Surf the spacewaves with DAVID BOWIE, PINK FLOYD, BLACK SABBATH, THE B-52's, PIXIES, MARS VOLTA, and many more!
It's full of stars!


Here am I floating round my tin can
Far above the Moon
Planet Earth is blue
And there's nothing I can do.

2001: A SPACE ODYSSEY - Its Transcendent Influence on all Pop Culture!, with Music Player

-How STAR WARS Is Changing Everything!

-The Roots and Branches of Lee & Kaluta's STARSTRUCK

-TWIN PEAKS: Its Influence on 25 Years of Film, TV, and Music!, with 5 Music Players!

Posted by Tym Stevens at 2:50 PM No comments: