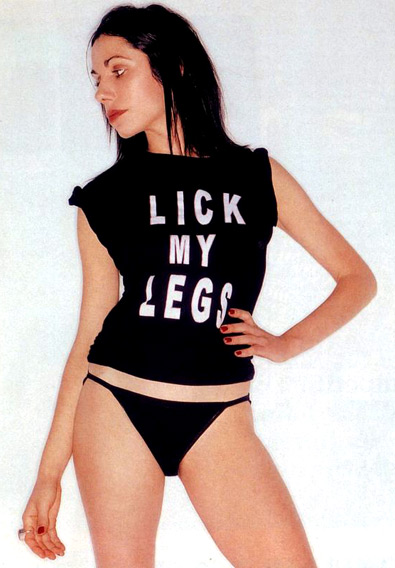 The song takes its fuzzy riff from this Garage Rock classic.

And here's how the manic Captain Beefeheart rechanneled it through Howlin' Wolf and Frank Zappa, with Ry Cooder slashing on guitar.

Captain Beefheart was so extreme as to be record industry poison, a cult status that made him that much more cool. Perversely, here's an English acolyte braving an excellent cover version.

Here's PJ HARVEY doing a subtle sequel to the song, flipping the perspective; after the slow build-up it becomes apparent in the rhythm and similar lyric lines like "I love her, I kept her".

Lately here's The Kills with a cover they do often in concert. Music fans may also know singer Alison Mosshart from her other band The Dead Weather, with Jack White. 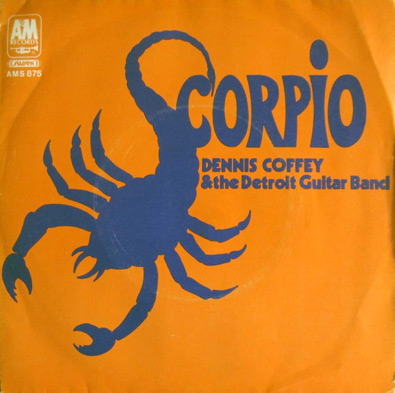 ROCK Sex is back to show how songs link together.

What may have kicked it off is this song by Lalo Schifrin for the DIRTY HARRY (1971) soundtrack. The villain 'Scorpio' was a clear swipe of the notorious serial killer, Zodiac, who terrorized San Francisco in this period. Schifrin's score merges some Funk moments with some musique concrete firmly in the style of Ennio Morricone's thriller scores, even down to the wordless female vocal emulating his muse Edda Dell Orso.

(This song was later sampled by N.W.A.'s "Approach To Danger" and General Electric's "Facing That Void".)

At the same time, Dennis Coffey broke out with his FunkRock monster, "Scorpio", which may've been as much about Astrology as anything. Dennis had been laying down the Funk and Rock for all of Motown's psychedelic era hits, and this lit him in his own spotlight.

Dennis' song is firmly in the 'Cop Rock' style of the hip film scores from the time, merging Rock riffs, Funky rhythms, and conga percussion into a imagined car chase of the mind.

The first act to respond to his killer groove was himself! This is basically a sequel theme to a movie that didn't exist.

Dennis Coffey's "Scorpio" was one of the secret weapons in AFRIKA BAMBAATAA's arsenal of groovy breaks in the dawn of HipHop. As if the scratch guitar and horn blasts weren't enough, it had that ferocious drum and bass throwdown in the middle for two minutes. A new generation soon heard it spliced into club mixes everywhere they danced.


Vibing off that but going the Kraftwerk route with their own jam, here's the original HipHop cutmaster and crew to spin some ElectroFunk.

The unparalleled architects of sample assault, Public Enemy, use Coffey's beat almost subliminally in this classic...

With bass chops from Flea of the Red Hot Chili Peppers, here's Marvin Young with one of the biggest breakthroughs into the mainstream that Rap had ever had.

Much more explicitly, here's Coffey's song as the basis of one of LL's standards...

Taking an almost Ambient approach is this take on Coffey by Moby.

Though not as widely sliced as the evergreen Beat "Apache", this groove continues to be re-dug: West Coast All-Stars' "We're All In The Same Gang", Lord Finesse & DJ Mike Smooth's ("Keep It Flowing"), and The Fugees' "The Score", among others.

Now if someone would just make a movie...

Posted by Tym Stevens at 5:36 PM No comments: 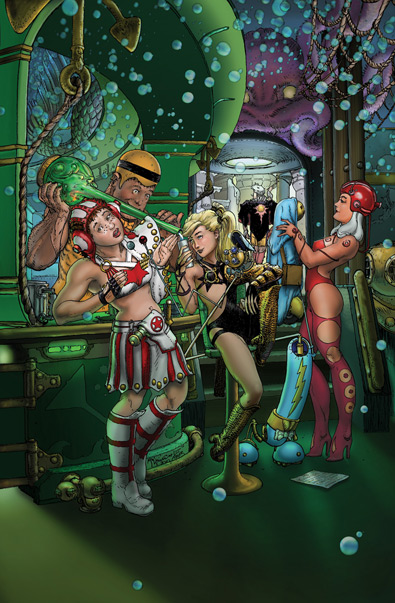 STARSTRUCK #10,
When Galatia Met Brucilla! Everything else has been prelude, and now the dynamic duo will proceed to kick the universe's ass!

STARSTRUCK, the illustrated Sci-Fi masterpiece where Riot Grrls take over the galaxy, has new pages on FACEBOOK!


We all know that the '80s renaissance of comix included WATCHMEN, DARK KNIGHT RETURNS, AMERICAN FLAGG, MIRACLEMAN, and LOVE & ROCKETS.

But easily as bold, much more ambitious, and far more funny was STARSTRUCK. Yet the acclaimed series by Elaine Lee and Michael Kaluta was criminally overlooked. And let's face it... it's because it starred kickass funny women instead of terse aggro men. Now it has returned in monthly issues with expanded art and stunning color.

Time to catch up to the better revolution and support STARSTRUCK today! 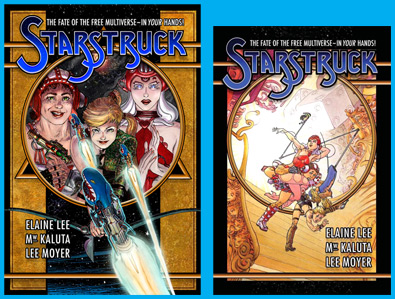 Posted by Tym Stevens at 2:38 PM No comments: