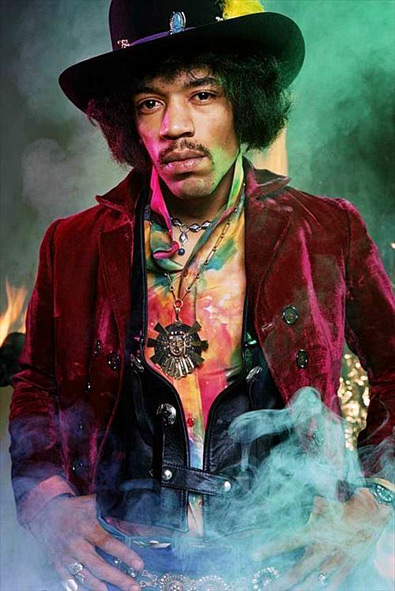 "Here in purple velvet now/ where time and motion slows."
-The Pretty Things, 1968


Roger McGuinn and David Crosby of The Byrds were machine enthusiasts. They likened musical eras to the tech of their times. Jazz would have been a shellback Caddy clacking the tarmac; the first Rock'n'Roll was a '57 Thunderbird revved up and roaring full-flung; and The Beatles were the sound of a jet engine, like a million little girls screaming, louder than God and flying just as brightly. The Fifties had promised the world of tomorrow and its descendent delivered. The Sixties was the Space Age, the Mod years, the beginning of the future. It was curvilinear chrome and sleek cool. It's Ken Adam's James Bond sets, Rudi Gernreich's cutting-edge couture, the Jetson's flying traffic, the hyperstylish credits on TV spy shows. It's the London swing mode of young women skipping the mom route to jetset in Mary Quant trimcuts, Vidal Sassoon asymmetric bobs, and many picking up electric guitars. Or daydreaming to, in small burghs worldwide. Sleek, slick, op, pop, bright, brassy, wow, pow. The New Now.

But time is malleable. Or at least the perception and use of it. After three years jetting the globe pumping out ungodly amounts of classics, The Beatles and their ilk wanted some time out. Not to stop, just to breathe and focus. Speed had kept them moving but grass grounded them. Then lysergic bliss calmed them when they were spiked with acid by a dentist. Wow. Wait a minute. They reflected on everything they had heard and learned in the world. They felt the power that they had given themselves. The music began to change along with their outlooks. Their running mates The Kinks were the first to get Indian influence on record with "See My Friends"; it's lolling waves of droning tone a new tempo to drift, a new course to chart now at your leisure.

"Nothing is real," William S. Burroughs was fond of quoting, "Everything is permitted." It was time to assess the happenings of ten years time. Rock was now the communal language of a new, gigantic generation. It had fueled their mad abandon to destroy all barriers and unleash possibilities. Just as 50's Rock had rejected the consumerist dream while using all of its tools to assault it, so did its heirs. An instinctive movement now groundswelled away from the polished perfect and into the organic, the natural, the rustic, the chaotic, the absurd, the fluid. In rejecting the present's vision of the gleaming solid tomorrow, they revamped the past. English youth went Edwardian, with military jackets and vintage spectacles, olde-world whimsy and dandy eccentricism. The Left Coast of Cali went Wild West, with indigenous tassles and cowboy buckskins, beads and sideburns and bandanas. Jimi Hendrix, an Irish/African/Native American, was so fluid he would do both in each country. He was the new and revised Now incarnate; cosmopolitan, communal, trans-temporal, finding freedom in multiplicity.

Underlying (undermining) all of this was LSD. Leary studied it like a lab trial, Kesey handed it out like communion wafers. Their time-release trip caught hold by '66. Love songs and social barbs became micro/macrocosmic ruminations. By 1967 everything changed completely. 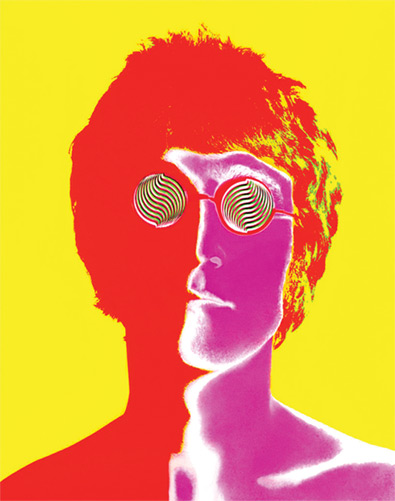 Jimi Hendrix turned Rock'n'Roll into ROCK. Like an Edwardian gypsy Galactus, he had absorbed everything -all the bluesmakers, tours backing every Soul act, the ricochet roar of Surf, the jet engine sunshine of the Fabs, and the surreal slash of Dylan- and he wanted more. He started his arrival in London as a flashy virtuoso, then sculpted feedback and distortion, invented the wah-wah, stacked his Marshalls till ears bled, twisted pop songs into "sheets of noise" like jazzbro John Coltrane, and turned the studio into an instrument flanging sonic masterpieces.

London had the best studios going. Most bands had a shot at one single and that was it. That had been the history of Rock'n'Roll in a nutshell and a bill. But now something new was happening. With so much mindscape to cover, bands crammed an album's worth of ideas into three fuzzblast minutes of plastic, spinning out the greatest psychedia ever set loose. The Yardbirds, Cream, The Pretty Things, The Creation, Donovan, The Brian Auger Trinity with Julie Driscoll, Les Fluer de Lys with Sharon Tandy, Love Sculpture (Dave Edmunds), Traffic (Steve Winwood), The Move (Roy Wood and Jeff Lynne) gleefully embraced dementia. (And unfortunately, souls like Syd Barrett, Sky Saxon, Roky Erickson, Tawl Ross, and Brian Wilson really did.) Their American cohorts- The Chocolate Watchband, The Chambers Brothers, The Doors, The Luv'd Ones (Char Vinnedge), Funkadelic, and the scary Captain Beefheart- raced them to karmageddon. No other generation and no other sound may ever have electrified and alarmed the world as this one.

They wanted a malleable future, a changeable present, an inner revelation, an outer revolution, an infinite plain of possibility they could journey through and learn from...and to create a future generation that transcended everything. No Pain, no divisions, no killing, no selfishness. That utopian generosity has been sorely tested on the tidal rocks of time, by their repressive enemies and the kneejerk callowness of succeeding youth. But their sonic dreams, organic spiritualism, and cultural soul still speak to new generations who long for the same in the latest now.

This music was technicolor brainstorms. This fury is beautiful and forever.

The flesh is not. The fluid they burned for inspiration corroded them. Drugs devolved into a drag. At the end of the glorious arc, highpriest Jimi sang, "Broken glass was all in my brain/ It used to fall out my dreams and cut me in my bed." But he takes us out with a secret smile, saying, "In the meantime, which is a groovy time..."

Disclaimer: Tym advocates the use of nothing except a focused head and a full heart.