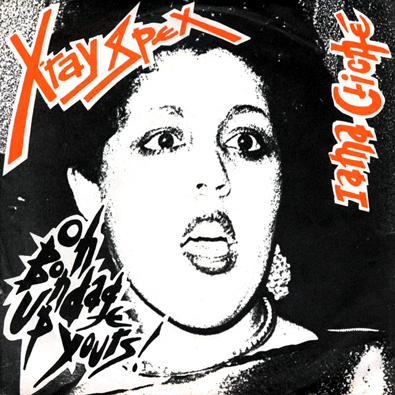 "Some people say little girls should be seen and not heard
But I think
OH BONDAGE UP YOURS!"

ROCK Sex says the up the ante till they cry uncle.

Today the cultureal relay of "Oh Bondage Up Yours!".

Punk meant to break down all barriers and restrictions- in sound, fashion, and outlook. Because of its physical energy and aggro stance, it could've trapped itself into becoming the macho crap it was trying to defeat. Luckily, Poly Styrene changed that.

Poly and the X-Ray Spex were the molotov cocktail that drove away the mob to save the party. She injected Feminist parody and lacerating wit, creating a political stance with a bracing sense of humor. She made Punk fun and smarter. She opened the doors for The Slits, The Au Pairs, Poison Girls, Bikini Kill, Hole, L7, Babes In Toyland, Tribe 8, Lesbians On Ecstasy, and Peaches.

Here she turns masochism into a metaphor for our slavery to consumerism, and tells where to put it.

In the fine tradition of sedition, here's Chicks On Speed to alter the face of things. 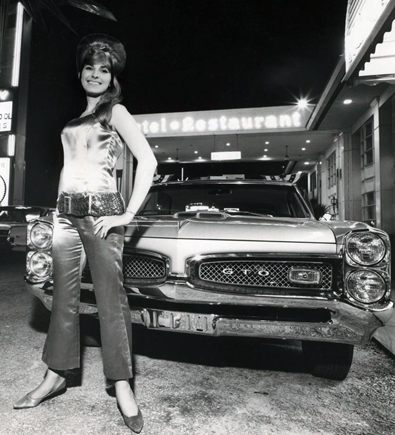 LADIES FIRST spotlights another classic song that 'she did first'.

The original "What A Man" is by Southern Soul singer Linda Lyndell. It was released by the ever-wonderful Stax Records on their Volt label, and produced by Isaac Hayes and David Porter, hot off of creating all the hits of Sam And Dave.

It was first remade by Atlantic Records' Soul great Laura Lee, most known for "Dirty Man", "Women’s Love Rights", and "Crumbs Off The Table".

The song reached its biggest fame when adapted by Rap dynamos Salt-N-Pepa, backed up perfectly by En Vogue at their peak.

Posted by Tym Stevens at 1:42 PM No comments: 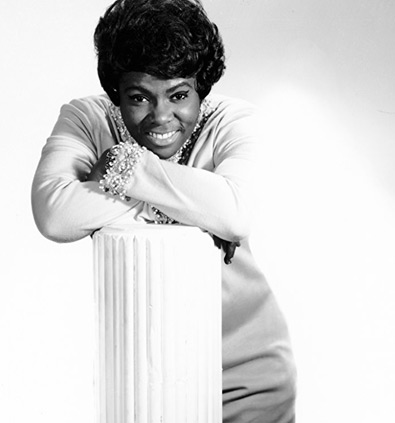 LADIES FIRST sptolights another classic song that 'she did first'.

We all love "You're No Good" in versions by Betty Everett and later Linda Rondstadt.

But actually, it was done first by Dee Dee Warwick as a B-Side in 1963. Check out the surprisingly tough guitar fuzz in the break (1:17), well ahead of Garage Rock. And Dee Dee sounds both pissed and swinging at the same time!

Beyond being the sister of Dionne Warwick, Dee Dee has gained much love in Soul circles for her own fine body of work.

Sometimes the cover becomes the definitive version, and here's BETTY EVERETT with her great hit take on the song.

The song went international as a hit for the U.K. band THE SWINGING BLUE JEANS during the British Invasion.

Which led to the first Finnish version by these amiable moptops.

And this terrific French version by PUSSY CAT. Great Garage-style attitude in this one!

In America, this Michigan band gives it the full-on Psychedelic Soul treatment!

Sometimes the cover of the cover becomes the new definitive version.

The reason is twofold: Linda Rondstadt's voice and Andrew Gold's playing. Linda brought a no-nonsense swagger that made the song an anthem during the rise of Feminism. Gold played all of the instruments, bringing the edgy mood, the sultry keyboards, and one of the most letter-perfect George Harrison slide guitar homages ever recorded (1:31).

Here's a slamming French HipHop song sampling the piano of the original.

And here's Punk Pop from the French band The Plasticines that owes a debt to The Ramones. Love that "ah, ah-ahhh/ hey-ho-hey" chorus they throw in!

The band took their name from a lyric in The Bestles' "Lucy In The Sky With Diamonds".

Posted by Tym Stevens at 9:56 AM No comments: