DON'T TREAD ON ME: The Original Punk of 1960s Garage Rock 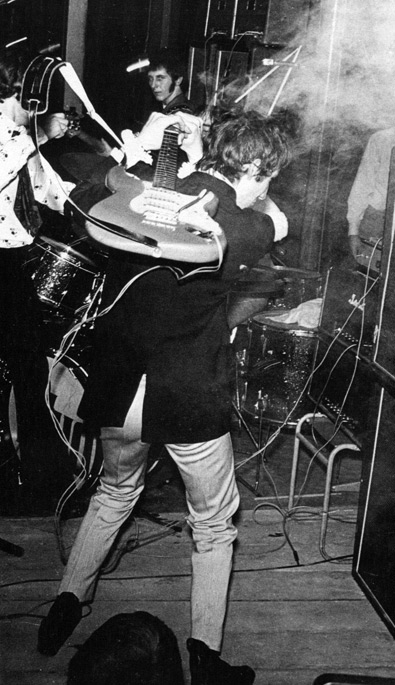 The Roots of GARAGE ROCK

"I heard Papa tell Mama, 'Let that boy boogie woogie/ Coz it's in him, and it's got to come out'!"-John Lee Hooker

Robert Johnson had paved the crossroads for the Blues, between the sacred and the profane; his acolytes hit another intersection, between the acoustic rural past and the electric urban future. After the great exodus from the depleted Southern states to the promise of Chicago, Detroit, and other Rust Belt cities, African Americans faced new paths of possibility or peril (as did their Dustbowl Days peers who went to Golden California). Muddy Waters was the first Blues maestro to go all electric in 1948, arguably creating the first Rock'n'Roll band. On his heels were Howlin' Wolf and John Lee Hooker. It was a tougher, terser metallic blues, coarsened and amplified by the city. And by a divided soul in play. Compare the liberation-in-dance lyric above with Hooker's murderous vibe in his "Mad Man Blues", over jarring chords played like a stabbing: "I'm gonna take you down by the riverside/ Hang you a knot, baby, by your neck/ I got the madman blues". John uses the metaphor of a betrayed love to vent his fury at the racist structure he is struggling in. It's this crossroads that is at the heart of Rock; between ecstasy and agony, between celebration and revolt, between the hereafter and heresy.

American youth, like all, revelled in their frills while questioning their worth. When was a sleek car just a slick scam, when was a dusty old tune actually a raw truth? 50's Rock'n'Roll threaded this maze with every dance step. To the public at large this dance rebellion just looked like juvenile delinquency. But the harder they clamped down, the more kids wanted to be James and Marlon, Jayne and Bettie, a Jet or a Shark...wanted to rumble.

Into England rode the Teddy Boys. The working class were just a coiled calm. They thirsted for the driven, the free, the real. American musics were dispatches from the landscape of the possible. Tough youths sculpted brillo coifs, rode cycles, and donned Edwardian longcoats (hence "Teds"). These Rockers wanted the brutal, the intense, the unvarnished. Meanwhile other youth wanted the New now. They wanted to kill mundanity with modernity. The Mods wore the sharpest newest threads, rode million-mirrored Vespas, and wiggled to Soul music in clubs. Caught in the median were the Beat bands, who retired their suits by '65 under Mod influence while reclaiming more and more of the hard bristle of 50's Rock. (Asked if he's a Mod or a Rocker in A HARD DAY'S NIGHT, Ringo replies, "I'm a mocker.")

This schizoid temperament in Rock -between rough past and sleek future, the raw and the refined- was now international. From this would emerge a new hybrid trend that would effect the music's future forever.

In America, frat bands like The WAILERS had taken Little Richard's ferocity, welded it to Link Wray's rumble, and terrorized Seattle dance halls. Their rivals The KINGSMEN were the first out the gate to record "Louie Louie". They'd sped up the Jamaican ode and slurred the words to disguise they didn't know them. It was a cheeky triumph of attitide over aptitude, and blueprinted the music later called "Garage" or "punk music" (by the time Lenny Kaye compiled the seminal NUGGETS album in 1972). Harder than anyone were The SONICS, whose barbed guitar and vocals could strip paint. (Their 45 of "Have Love, Will Travel" later played continuously on the jukebox in the SEX shop as McClaren and Westwood were midwiving the Sex Pistols.) Not to be outdone, UK acts like The ROLLING STONES, The ANIMALS, The KINKS, and The YARDBIRDS ramped up the clang and swagger in their blues. After the British Invasion returned America's music back to it supersonic, an estimated 63% of young US males were in budding bands in their garage, barn, or dorm room. (And many uncounted females, as well and as usual.) The sound was amateur, rough, and wild. Curt guitar, pounding rhythm, farfisa organ shrills, and the voice usually shouting, sneering, or jive drawling discontent with dumb love.

American garage rock was full throttle with no highway. It was happening off most of the record industry's radar, on nowhere labels and lost 45's, and the wilderness of hole-in-the walls with PA's. Maybe it didn't get killed because they didn't see it coming. Crazed Texans like The SEEDS and The 13th FLOOR ELEVATORS; The MUSIC MACHINE, dressed all in black and shades with one glove; The MONKS, former soldiers with monk haircuts frothing apocalypse; DAVIE ALLAN & The ARROWS throwing fuzzed-out biker anthems like molotov cocktails; DEAN CARTER, splicing Rockabilly and Garage in his carpet-walled living room studio; and Char Vinnedge leading her all-female LUV'D ONES on a assault that got darker and more abrasive as it went. These people acted like there was no tomorrow but they had to get there yesterday. 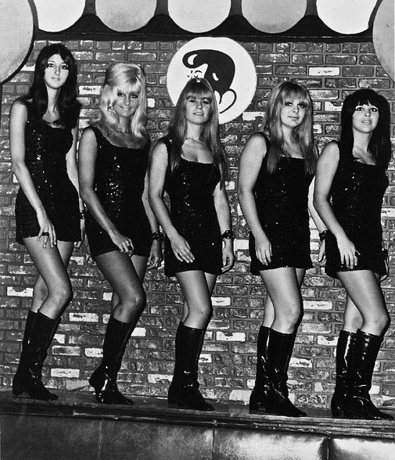 But then, DYLAN. His forefather Woody Guthrie had scrawled "This machine kills fascists" on his battered guitar; likewise, Dylan emerged from the early 60's Folk boom as a tonic to vacuous industry Pop. But The Beatles had now reignited his secret love of Rock. Seeing the British retool US roots music, he went electric with the aptly-titled BRINGING IT ALL BACK HOME. Too damn mercurial to remain the Protest King, Bob went intensely surrealistic, spitfiring cryptic barbs like Kerouac with the madman blues. Garage bands couldn't match the wordplay but they sure got the attitude. Their immature tirades against girlfriends shifted gears into social discontent. "I know of nothing else that buggggs me," seethed Australia's The EASYBEATS, "more than working for the rich man." From New Zealand came The BLUESTARS with "I've gained a label as an angry young man/ because I don't fit into the Master Plan." KIT & The OUTLAWS snarled "People walkin' round on me and they stomp my name in the ground/ Don't tread on me! Coz I wanna be free!"

The tension kept intensifying. Before rec execs could spit their martini, rock'n'roll was turning into rawwwwk. The WHO declared their generation with technology while tearing it to shreds. Fuzz chords corroded factory-fresh studio speakers. Brutal rhythms dropkicked amps like Bo Diddleysaurus Wrex. Weird echo and flange distorted state-of-the-art mixes. Madmen now menaced the airwaves from hot wax as fellow freaks around the world responded in kind. The DOORS, BLUE CHEER, CREAM, The CREATION, The YARDBIRDS with Jimmie Page. And then a student of Seattle and the South named JIMI HENDRIX landed in London. With him he brought the whole raw history of the blues and a futuristic clang louder than gods. He is the axis, bold as love, the crossroads from Garage into all Hard Rock, Heavy Metal, Punk, Grunge, and Garage Revival to come.

"Your sons and your daughters are beyond your command/ It'll soon shake your windows and rattle your walls..." -Dylan


The Real History of Rock and Soul!: A Music Player Checklist